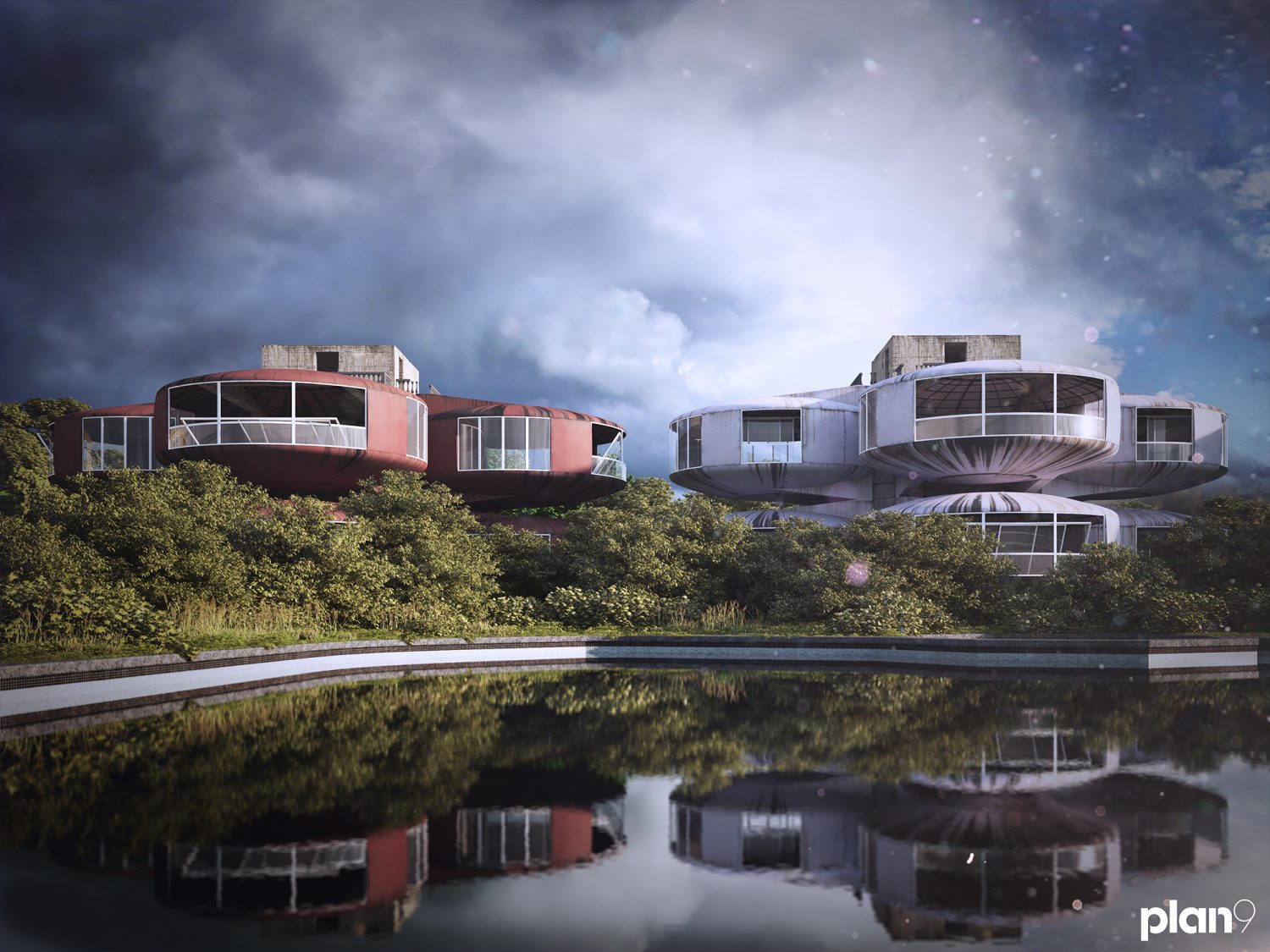 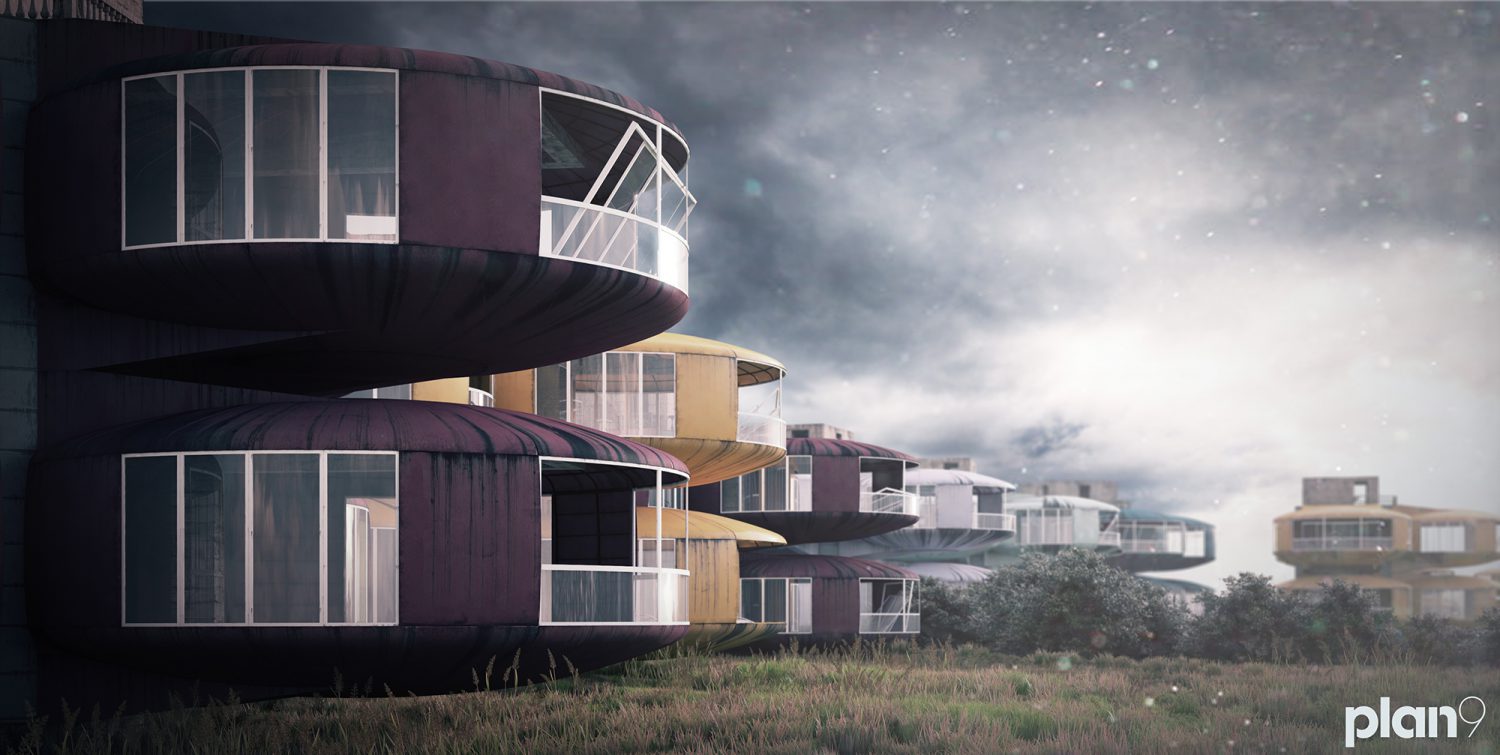 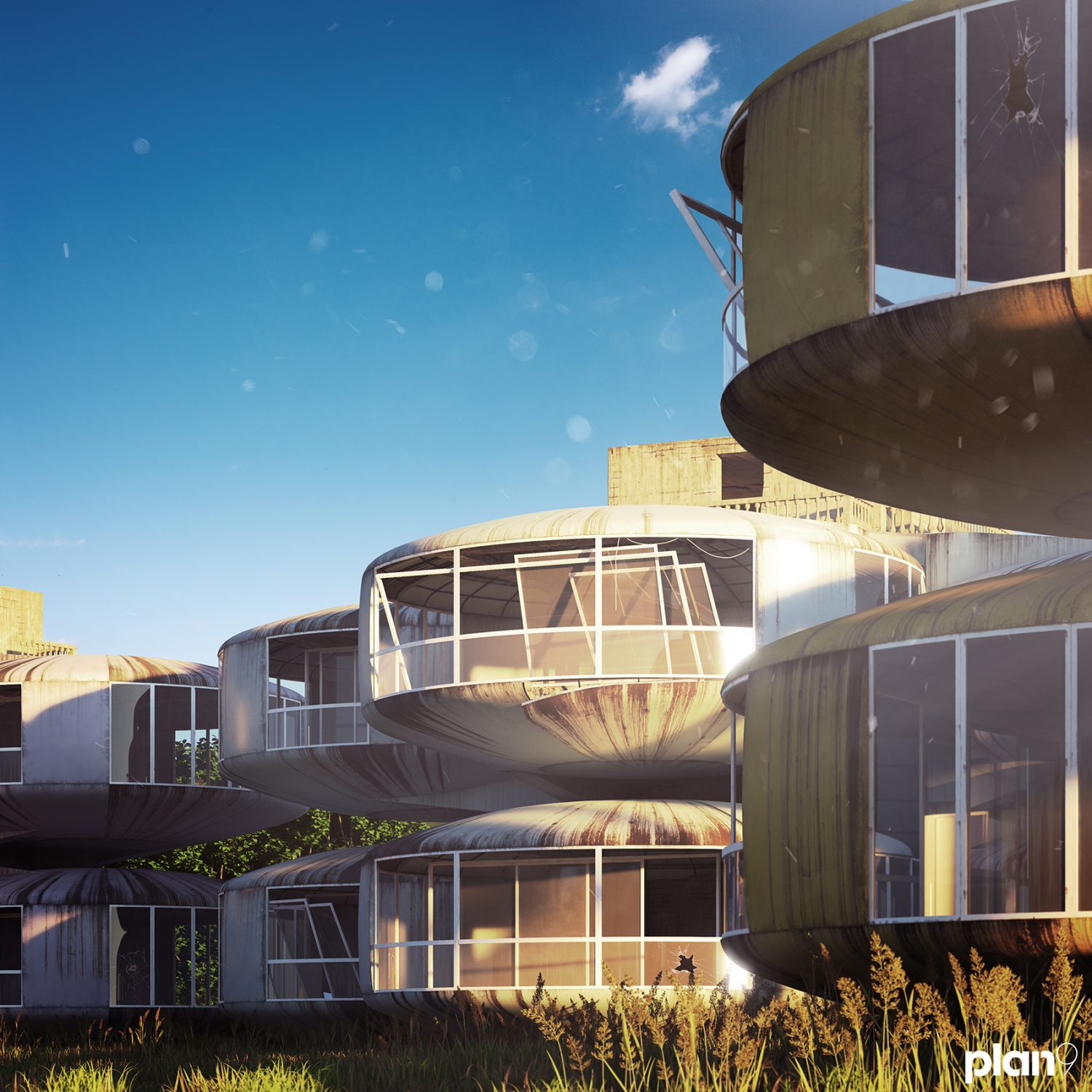 I have always felt fascinated by the abandoned buildings and places, maybe because they do fly my imagination toward others times.

Few years ago I found on the web about these singular structures and I was always tempted to do some virtual images of them, even more when I discovered that eight years ago the authorities ordered to demolish these mysterious buildings.

This is a personal project where I wanted to try different techniques than we usually use in Archviz. Different compositions of picture trying to not use a wide angle and picture composition. Different types of textures aged and stained by the years. Different environments where not everything is shiny and happy. Project in which I have felt very comfortable testing others ways.

San Zhi UFO Houses (or POD Houses) project began in 1978, on the northern coast of Taiwan just outside Taipei. Developers were certain the seaside resort would attract moneyed travelers and provide some futuristic R&R (rest and recuperation) for soldiers.

The idea original belonged to Mr Yu Koh Chow, owner of the company of San Zhi Township of the production of plastic material. The design of the houses was developed by architect Matti Suuronen from Finland.

Unfortunately in 1980, the construction was stopped when the Yu Chow Company was declared bankrupt. Efforts to revive the project didn’t succeed.

During the construction there were several serious accidents. Many superstitious people believed that the area was haunted. End result was that the entire township was abandoned, left uncompleted and soon became a ghost town.

However due to its unusual architecture and reputation as a ghost town, its fame soon spread and it became a tourist spot but the decay continued.

Ultimately the buildings were scheduled to demolish it in late 2008, despite a few petitions to retain one of the structures as a museum. It is understood that this was not agreed to and work on demolition began on 29 December 2008.